Putting the Right People in Place

What does it take to build groundbreaking research programs that will change how we deliver care to patients now and in the future? We must be able to recruit and retain star investigators and physician-scientists who believe that cures for devastating illnesses are within reach.

THE FUTURE OF TRANSPLANT MEDICINE

Chief among them is Dr. José Oberholzer, the Charles O. and Judith S. Strickler Professor in Transplant Surgery, who directs the Strickler Transplant Center at UVA. Oberholzer has performed more than 1,000 transplant-related surgeries and is an expert in using robotic technology to perform kidney transplants. His minimally-invasive approach not only speeds recovery, it allows UVA to conduct transplants on patients who, in years past, would not have been eligible for the operation.

But the future of transplant medicine, says Oberholzer, lies within the cell, not the organ— and this novel approach shows great promise for curing Type 1 diabetes. By transplanting insulin-producing islet cells into a person with Type 1 diabetes, he helps patients slowly wean themselves off of insulin. It’s the first of many targeted cellular therapies that can make the need for transplantation—with its serious and long-lasting side effects—obsolete.

“Cellular therapies transform patients’ lives,” says Oberholzer. “Seeing these promising results keeps you going in the lab, and keeps you motivated to push for the next generation of research.”

PREVENTING DISEASE BEFORE IT STARTS

Many diseases are hereditary, passed down from one generation to the next through our DNA. Not long ago, researchers developed the ability to identify genetic mutations in our DNA that cause diseases to form. New technology was invented that enables scientists to edit, and in some cases remove and replace, the specific gene in question in order to prevent disease.

While this technology, called CRISPR, signals a major leap forward in the scientific community’s ability to prevent disease, it does not come without side effects—mainly unintended damage to DNA elsewhere in the cells.

Mazhar Adli, an associate professor in the Department of Biochemistry and Molecular Genetics, is improving the CRISPR technology so that it does not cause extensive DNA damage.

“If you think about your genetic information as a library full of books, what we’re doing is going to a specific book and editing, for example, the 5th word on the 3rd page,” says Adli. “And our new technique lets us do this in a much more sensitive way than earlier techniques, which were far less precise.”

UVA’s expertise with CRISPR shows great promise for the treatment of a variety of diseases like cystic fibrosis and hemophilia. Adli is also utilizing the power of CRISPR technology to screen thousands of genes—a move that could explain why some ovarian cancers and pancreatic cancers are resistant to chemotherapy. 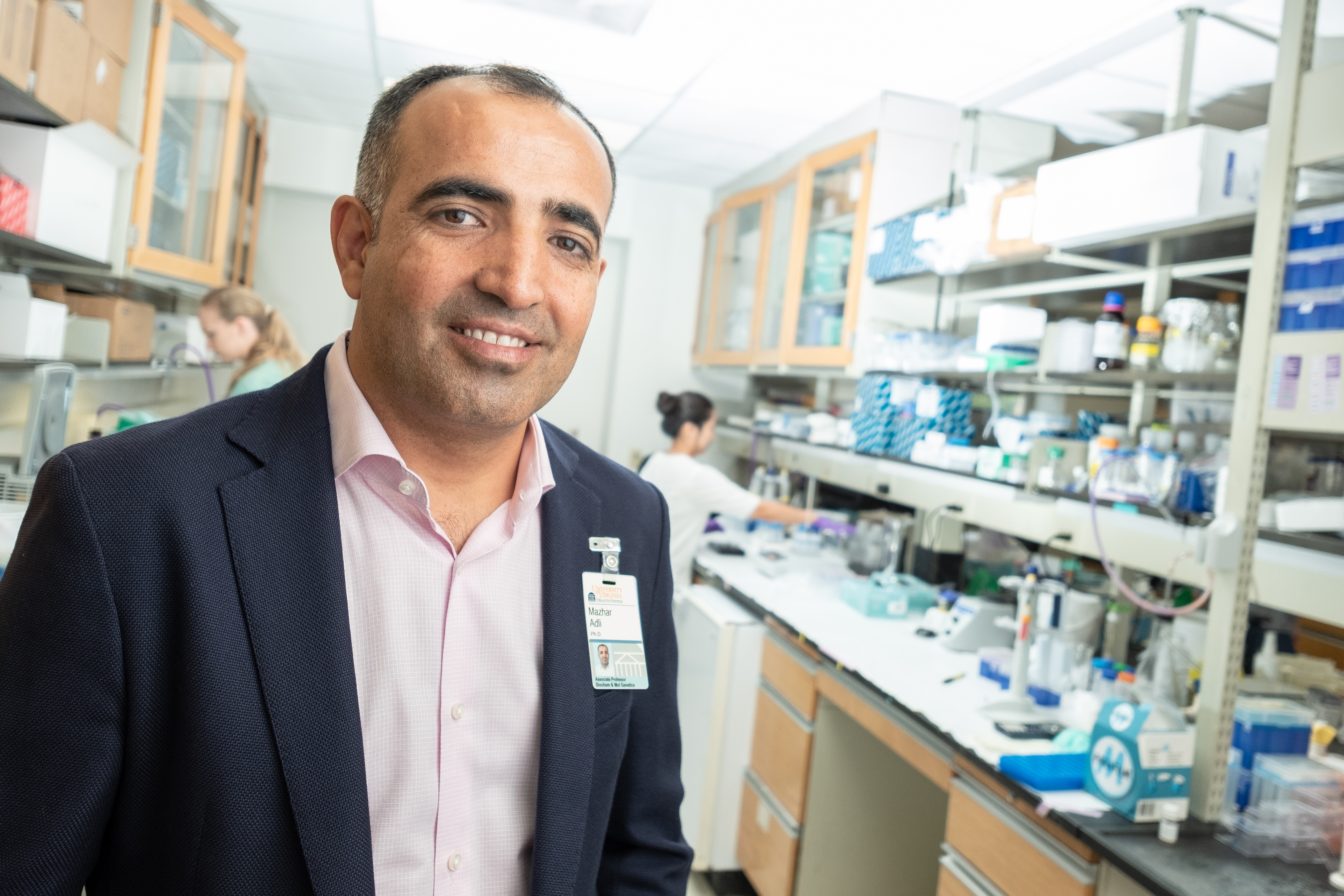 Coe Sweet
Mazhar Adli’s genetic research is upending how we think about disease.

When it comes to the cardiovascular system, waiting to respond to an illness isn’t good enough. To save lives, we need to predict which patients are at risk of a catastrophic event before it happens, and prevent it.

Fortunately, UVA cardiologist Dr. Christopher Kramer is compiling the foundational data that will enable doctors around the world to do just that.

For the last three years Kramer has been collaborating with researchers at Oxford University to build a registry of nearly 3,000 patients who live with Hypertrophic Cardiomyopathy (HCM)—a thickening of the heart muscle that can hinder blood flow, and that can even lead to sudden death from abnormally fast heart rhythms. In fact, it is the most common cause of death in young athletes.

“When we see the patients included in this study, we utilize a host of novel imaging approaches like MRI and blood biomarkers to paint a better visual image of the heart, and we also look at genetic information,” says Kramer, who also leads UVA’s Cardiovascular Imaging Center.

The data that Kramer and his colleagues compiled through this process revealed two subgroups of HCM patients, who have differences in both the genetics and appearance of their thickened heart muscle.

“After only a few more years we will hopefully be in the position to develop a model, using the baseline data from this study, to predict sudden cardiac death and other cardiac causes of death in these patients,” says Kramer. “Once we better understand the risk factors for these events, therapies such as implantable defibrillators and novel medications could be used for prevention.” 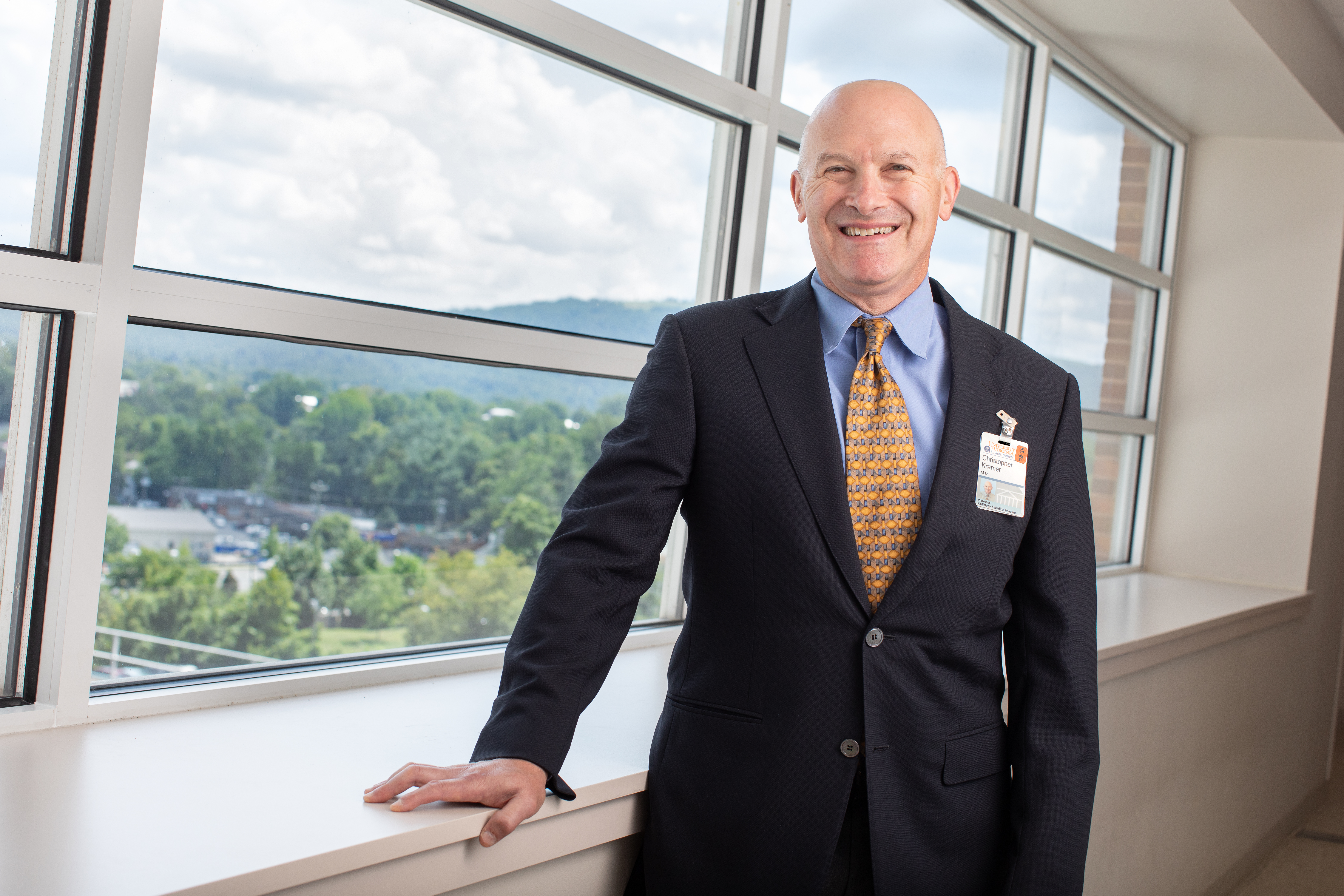 Coe Sweet
Dr. Christopher Kramer is chief of the Division of Cardiovascular Medicine at UVA. Quantum computers are still in their infancy, but UVA researchers have developed an algorithm to classify genomic data and help researchers sort through the vast amount of data required for genetic research.