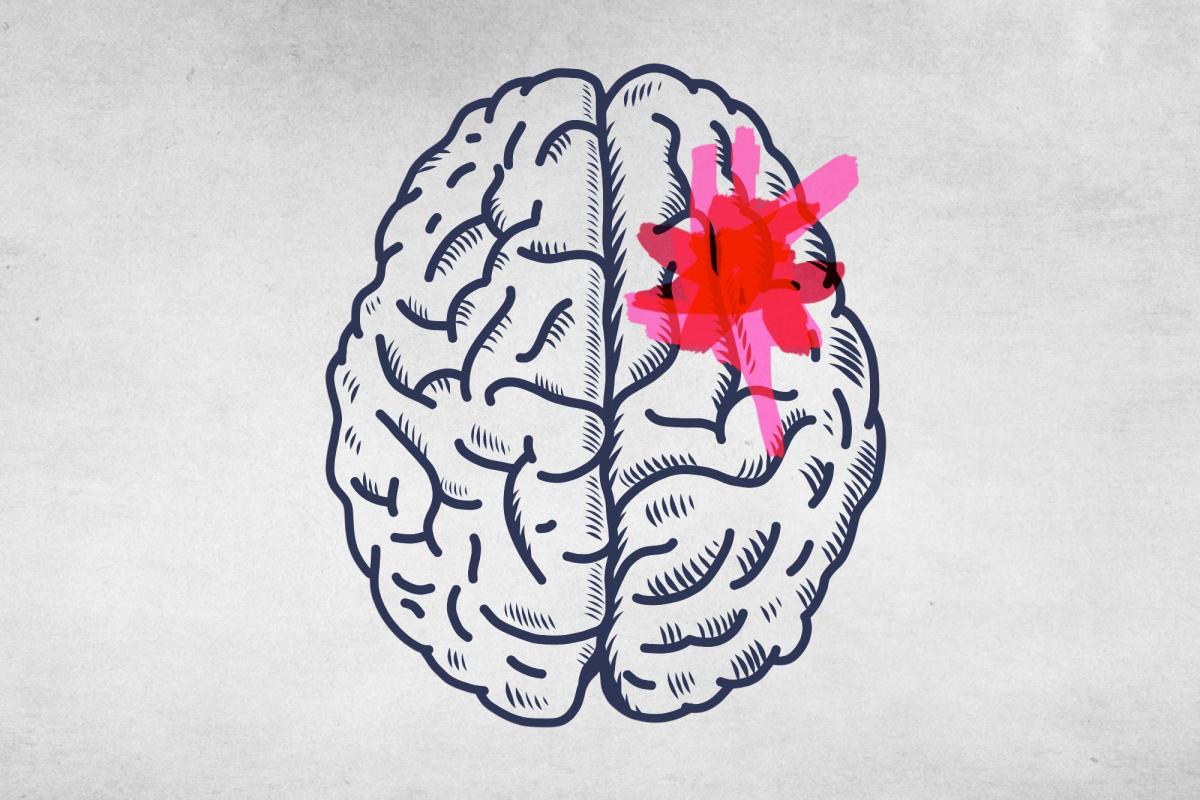 New research from UVA Cancer Center and UVA Children’s Hospital could revolutionize the treatment of a pair of deadly brain tumors, and the discovery could lead to better treatments for other solid tumors as well.

The research is focusing on two kinds of tumors – called glioblastoma and diffuse intrinsic pontine glioma, sometimes referred to as DIPG – that lack effective treatments. On average, less than 7% of patients with glioblastoma survive five years, and, for children, life expectancy with DIPG is only nine months after diagnosis.

The researchers are seeking to enhance a treatment known as CAR T-cell immunotherapy that is already being used to fight other cancers, such as types of leukemia and lymphoma. The process weaponizes the body’s T cells, a type of immune-system cell, to seek out and kill cancer cells.

UVA Health’s new research has identified vulnerabilities in these solid brain tumors that could make CAR T-cell immunotherapy effective against them as well.

“Researchers have struggled for decades to find new therapies to treat these cancers,” said Dr. Daniel “Trey” Lee, a UVA researcher and pioneer in the field of CAR T-cell immunotherapy. “Our work strongly suggests that CAR T cells could be highly active in treating glioblastoma and DIPG. 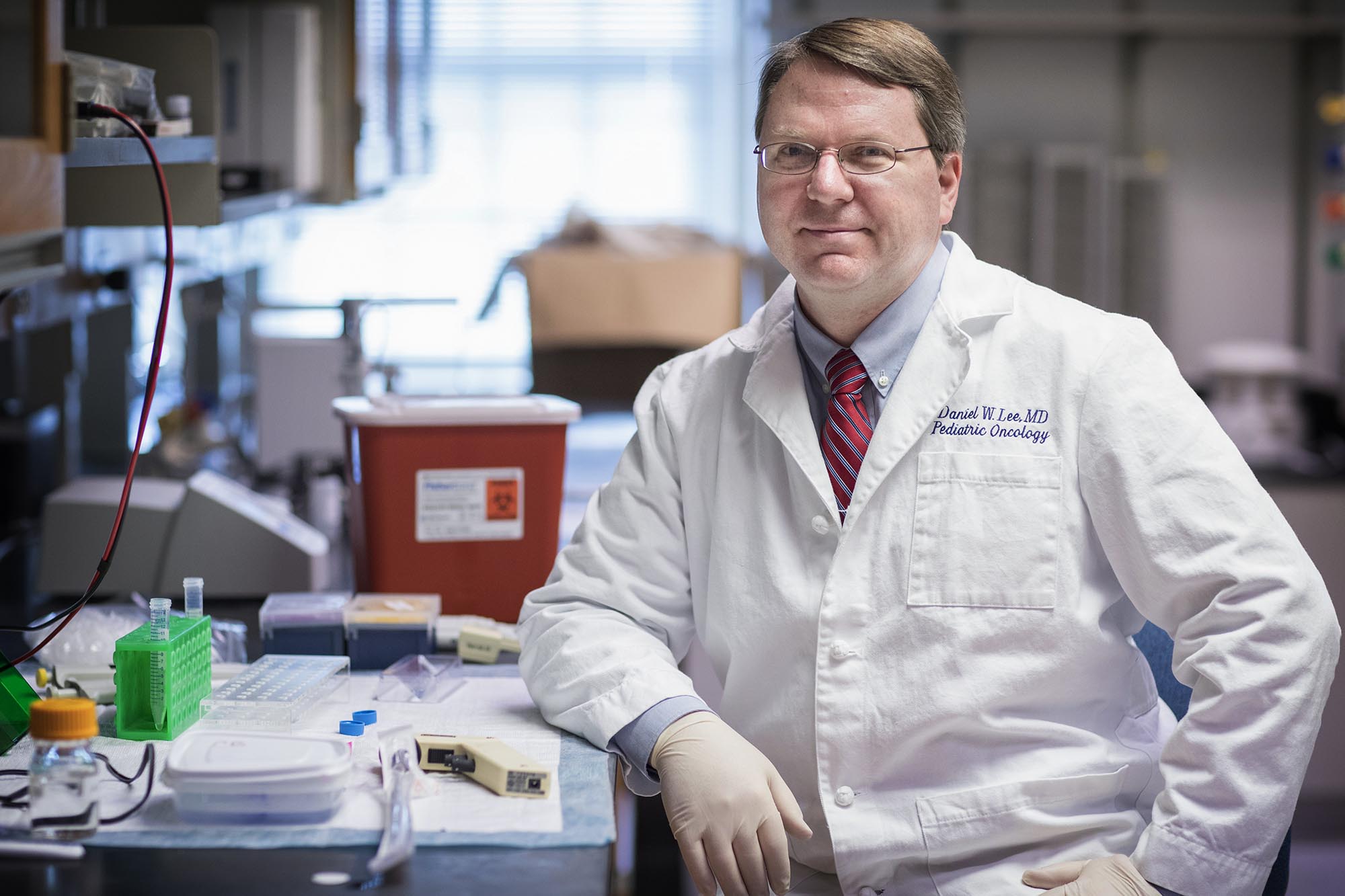 Dr. Daniel “Trey” Lee is researching whether an immunotherapy treatment that has been successful in treating blood cancers can be used to attack solid tumors, like brain tumors. (Photo by Dan Addison, University Communications)

Dr. Daniel “Trey” Lee is researching whether an immunotherapy treatment that has been successful in treating blood cancers can be used to attack solid tumors, like brain tumors. (Photo by Dan Addison, University Communications)

“This CAR T-cell therapy could be a game-changer for deadly brain tumors, much like a different CAR T-cell product shifted the paradigm for how we treat patients with relapsed leukemia and lymphoma,” he said.

Chimeric antigen receptor T-cell therapy weaponizes our natural immune cells to make them more effective cancer killers. It extracts a small number of white blood cells, called T cells, from a patient’s blood, then genetically modifies them to kill cancer. Those cells are then infused back into the patient, where they replicate into a vast army of cancer killers. The entire process takes about two weeks, as opposed to other processes that can take months.

CAR T-cell immunotherapy has had significant success in battling blood cancers, but it has been less effective against solid tumors. Lee’s new finding could enhance its ability to target these tumors that now resist CAR T-cell treatment.

His new work identifies specific targets on glioblastoma and DIPG cells that the immunotherapy could exploit. When tested in mice, the approach was very effective – the tumors shrank or disappeared, and the weaponized immune cells proved long-lasting. The approach also avoided side effects that have previously hampered its use in people.

Particularly notable was the approach’s effectiveness against DIPG, a cancer that threads itself through the brain, making it extremely hard to treat. Lee’s immunotherapy approach shrank the tumors and improved survival among lab mice. The scientists note that the cancer’s invasive nature likely will continue to pose a challenge, especially when the cancer’s tentacles extend into vital areas of the brain, but the researchers were encouraged by the promising results.

Many solid tumors share the same vulnerabilities Lee’s team identified in glioblastoma and DIPG. That suggests the results could have wider applications for solid tumors.

“We have already begun to see if we can use this same therapy to treat other tumors, like melanoma, breast cancer and the pediatric muscle tumor rhabdomyosarcoma, in the lab,” said Lee, a pediatric oncologist at UVA Children’s and UVA Cancer Center. “My team in the lab is working incredibly hard to understand how we can bring new and safer CAR T-cell therapies to the citizens of Virginia and beyond. Our findings in brain tumors represent a huge leap forward in doing just that, but there is much more work to be done.”

While the new discovery has shown exciting promise, significantly more research will be needed before it can be translated into better treatments for patients. This type of cutting-edge research is an urgent mission of UVA Cancer Center, which is one of only 52 cancer centers in the country to be designated as a Comprehensive Cancer Center by the National Cancer Institute. The designation recognizes elite cancer centers with the most outstanding cancer research and treatment programs in the nation.

Lee and his team published their latest findings in the Journal of Immunotherapy for Cancer. The research team consisted of Dustin A. Cobb, Jacopo de Rossi, Lixia Liu, Erin An and Lee. Lee serves as a consultant to Juno Therapeutics/BMS, Harpoon Therapeutics and Amgen, and his spouse is an employee of Karyopharm Therapeutics. In addition, he and Cobb have a patent application pending based on the approach. UVA receives clinical trial funding from Kite Pharma/Gilead.

The work was funded by the Childhood Brain Tumor Foundation, The V Foundation for Cancer Research and UVA’s Strategic Investment Fund.

Help transform the future of healthcare by making your gift to UVA Cancer Center or contacting Danica Rose for more information. Daniel Cox, PhD, said his diabetes-management program “flies in the face of conventionality” in that it doesn’t insist on weight loss.

The projects range from development of biosensors, artificial intelligence for testing, vaccine development, novel treatment options, and better data analytics to predict the spread of the virus.

A UVA nurse scientist and psychology professor are working together to help Huntington’s patients deal with the “emotional roller coaster” the disease can cause.